END_OF_DOCUMENT_TOKEN_TO_BE_REPLACED

SPG Hot Escapes are discounts for travel over the next 6 weeks at Starwood Preferred Guest properties worldwide.  They’re released every Wednesday at 6am Eastern time.  You have until Saturday to book them.  The discounts generally range from 15% to 35%, with some rare discounts as high as 50% or 60%. SPG Members get an additional 5% discount (listed in orange under the advertised rate). Click here to see the full list.  A highlight of this week’s offers: Le Meridien Koh Samui Resort & Spa:  51% off ($147 USD) W […]

END_OF_DOCUMENT_TOKEN_TO_BE_REPLACED

Read Part 1 here. After Maid of the Mist and Cave of the Winds, we discovered there was another “behind the falls” excursion on the Canadian side.  Oddly, it’s called “Journey Behind The Falls”. Journey Behind The Falls: A 10 to 15-minute walk from the Sheraton, this is an actual excursion that goes behind the falls unlike Cave of the Winds.  We weren’t sure we wanted to spend the time to do a second similar trek but it ended up being well worth it.  We went earlier in the day (around […]

END_OF_DOCUMENT_TOKEN_TO_BE_REPLACED

We spent just a bit more than 2 days in the Niagara Falls area.  Ultimately, 3 days is probably ideal but we kept up a pretty good pace and managed to get through most of what we wanted to see. There are boat rides from both sides of the border.  We had read that the Maid of the Mist from the Canadian side was better, but both sides seemed to take the same route.  There were more boats available on the Canadian side, though, which meant it was quicker to […]

END_OF_DOCUMENT_TOKEN_TO_BE_REPLACED 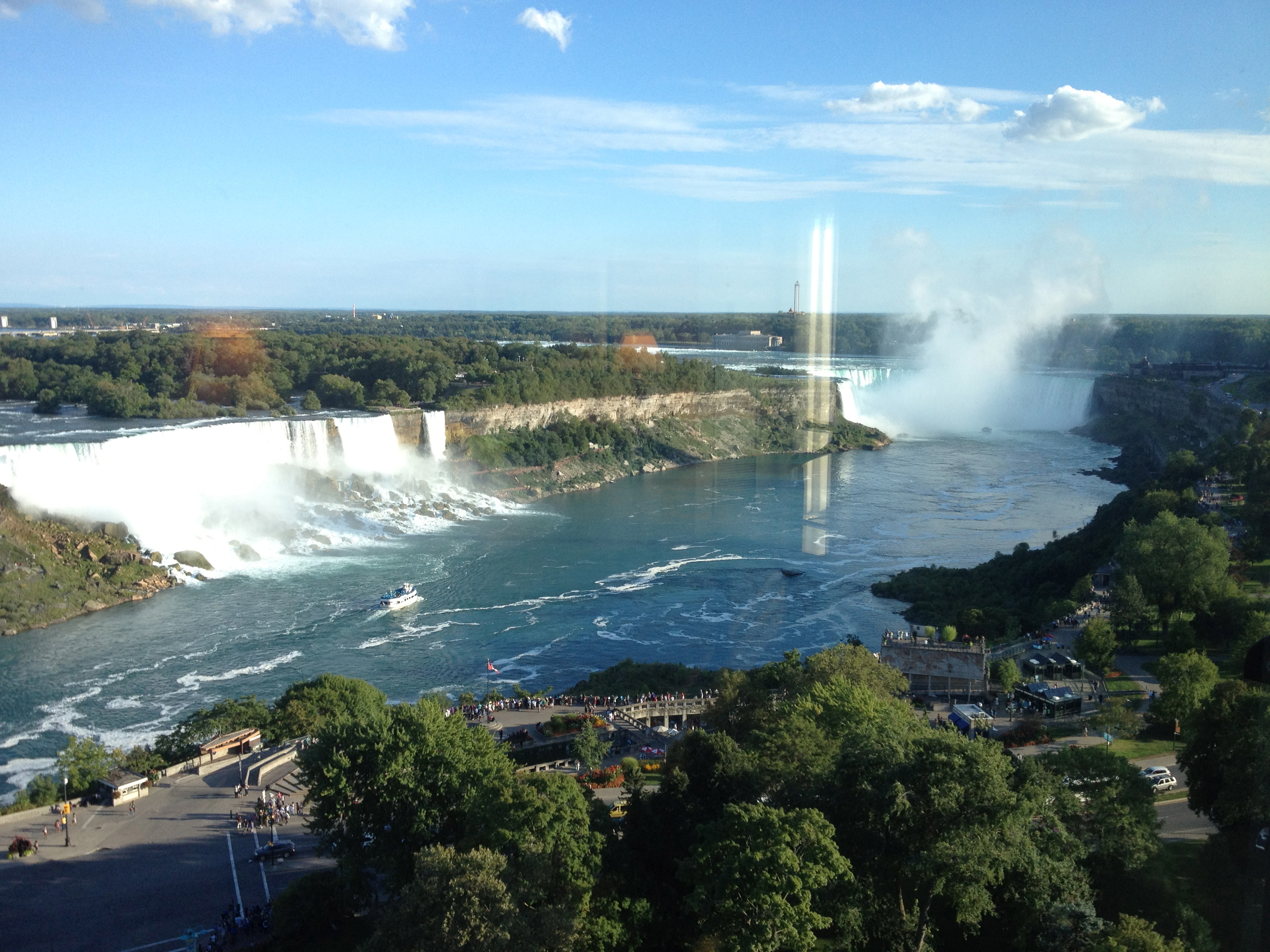 When we originally planned our trip to Toronto and Niagara Falls, I was looking forward to crossing another destination off my list.  After all, I’d never been to Toronto despite it’s proximity to where I grew up (New York) and the short flight from where I live now (DC). However, I always thought I had been to Niagara Falls.  Apparently, I was wrong.  More on our trip to the falls later, but after doing some research, we decided to stay at Sheraton On The Falls, which is a hotel on […]

END_OF_DOCUMENT_TOKEN_TO_BE_REPLACED

I would guess that most people think of the start of summer as whenever their kids are done with school.  Or, if you’re a kid, then it’s definitely when you’re done.  Since my wife is a school teacher (well, until August anyway), that’s always been the start of summer for her. For me as an adult, summer never really felt like it was here until the 4th of July rolled around.  Getting stuck on a plane in June thunderstorms can sometimes evoke the feeling of summer as well. 🙂 As […]