It was a long year of hotel nights.  And, while the dust remains to settle on the posting of my last hotel stay, I’m supposed to finish with enough nights to maintain my Hyatt Diamond status as well as Starwood Preferred Guest Platinum status at the 75-night level.  I was hoping to travel less this year.

I ended up spending less total days away from home but taking more trips.  It was a pretty exhausting year of travel. I value both programs, but I thought I would include some analysis of my stays the past year to gauge where I should be putting my business next year. First, a breakdown of each program and related stays:

I ended up with 37 stays and 62 nights.  That’s down from 51 stays and 83 nights last year but still well North of the qualification requirements for Diamond status (25 stays or 50 nights). Diamond status comes with a bunch of perks, the most valuable for me being the 4 Diamond suite upgrades that you can use to upgrade on most paid rates at most properties.  I’ve found the availability for these to be quite good.

So, where did I stay with Hyatt this year?  I was curious to look back at my list.  Where applicable, I noted where I got upgraded to suites, since that’s one of the more valuable benefits for me: Hyatt House Denver Airport (not a big upgrade, but they usually upgrade me from a studio to a 1BR)

The Driskill (upgraded to Governor’s Suite) 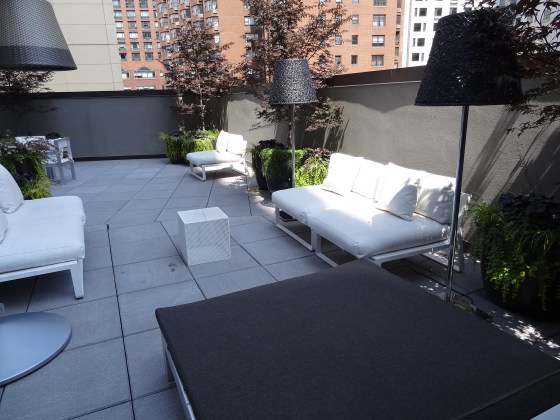 This list is a solid reminder that I have a lot of hotel reviews to catch up on since most of these were new properties for me this year.

As you can see, I did very well getting upgraded to suites (where available).  I hear other members of the Hyatt Gold Passport program say they never get suite upgrades unless they use a certificate.  I have certainly not found that to be the case.

I also made a decent amount of progress towards Hyatt lifetime status, finishing the year a few points shy of halfway.  Hyatt currently requires $200,000 in lifetime spend to achieve lifetime Diamond status.  I don’t actually know anyone that has achieved it due to the lofty revenue requirement.  I’m hoping to join that club at some point.

My Starwood numbers were 36 stays and 77 nights.  Those numbers are a bit misleading, as Starwood gives credit for multiple rooms at the same property.  I only had about 18 total stays through the course of the year but almost all had multiple rooms.  The list (with suite upgrades in parentheses):

The Equinox Golf Resort & Spa, Vermont (review coming, we just got back from this property) For me, definitely a tale of two cities.  The Starwood Preferred Guest program was mostly an epic fail for me this year.  I achieved Platinum status and with 100 nights last year earned an Ambassador, one of SPG’s new perks.  In the first half of the year, I derived almost no benefit from the Ambassador service.  My contact was pleasant, respectful and friendly, but was obviously not a determining factor in many of my stays in terms of earning suite upgrades.

Additionally, a lot of simple requests were missed this year, including requests for cribs during 5 stays.  Requesting connecting rooms was like asking the Pope to embrace abortion.  Couple that with the power failure we experiences at the St. Regis San Francisco and the first half of the year had me very disappointed in the SPG program.

I was given a new Ambassador for the second half of the year and we really hit it off.  He was able to get us connecting rooms confirmed at The Equinox for a family stay at the end of the year when the property was virtually sold out.

But, even a better Ambassador still has me wondering what 2014 will hold for me with SPG.  I still have the vast majority of the suite night awards I was given last year because I’ve been unable to redeem them.  Sure, SPG extended the expiration date of them until April.  But, I doubt I’ll be in a position to use them in that time period either.

SPG has some truly aspirational properties.  But, the application of benefits is still very inconsistent in my experience.  Late check-out has always been a benefit that members have to fight for, though I didn’t have a need for it in 2013.  The new breakfast benefits are still being applied inconsistently here and there, though things have improved.  It also took me 3 months to get points posted correctly for one of my stays and I’m still not sure it’s correct now, I just gave up trying.

I ended the year with 421 nights lifetime and 7 (might be 8 as of tomorrow) years as a Platinum member.  That means only 79 more nights and 2 or 3 more years as a Plat to earn lifetime Platinum status.  I’ll certainly work to achieve that over the next couple of years.

I traveled less this year than I did last year, and I’m thankful for that.  2013 was an amplification of 2012, where Hyatt was better than Starwood in many fashions.  Starwood still has plenty of aspirational properties but they don’t strike me as the leader they once were.  The bloom has fallen off the rose from their program improvements in 2012, partly due to lackluster application of those benefits.  And, frankly, the suite upgrade percentage this year for me was abysmal.

My plan for 2014 is to re-qualify for both Hyatt Diamond and SPG Platinum.  However, I’m going to give some thought early in 2014 as to whether I want to shoot for 75 or 100 nights again with Starwood.  Hyatt is consistently eating Starwood’s lunch when it comes to delivering my benefits and that’s something I can’t overlook.

How different were your 2013 experiences from mine?