Vouliagmeni Lake is another attraction we had read about in Fodor’s.  The hotel also included it in a list of local attractions, it being less than a 10-minute cab ride from the hotel.  It’s a natural like just slightly inland, partially fed by the ocean and partially by a natural spring.  The composition of the lake is believed to aid healing of injuries.  While I’m not sure if that’s true or not, the water was supposed to be warmer and calmer, so we set out to give it a try.  It’s essentially a large crater filled with water. Upon arrival, we were informed the price was 8 Euro per adult and 5 Euro per child.  I had called earlier to get information and was told there was a private area as well.  It turns out the pricing on the private area is quite reasonable, though your mileage may vary.  It was 12 Euro per person if we wanted the private area.  After scouting out the lake, this seemed like a worthwhile investment.  There’s a small beach near the entrance crammed with tables and chairs.  The only other places to sit are along a narrow dock that runs alongside the lake.  Virtually all the chairs were occupied. Conversely, when we arrived at the private area we were the only ones there.  We did see one other group of two people at one point but essentially had the space to ourselves.  If nobody else has paid for the private area on a given day, this seems to be the best deal.  You pay the surcharge for a half day access and they assign you a waiter to bring you food and drinks (paid for separately).  The private area is used for weddings and other private events and is, well, very private.  We had chaise lounges and pillows readily available.  The staff weren’t immediately around so we arranged the furniture ourselves which was no big deal.  You can see the water over the hedges so we were theoretically able to keep an eye on the kids while sitting on the lounge chairs.  In this case, we were in the water the whole time. While the shore and dock was crowded there was plenty of room to swim without feeling crowded.  Much of the lake was only 2-3 feet deep. The bottom was soft enough in most parts to walk without shoes.  The water temperature wasn’t warm for those of us with less circulation but it was definitely warmer than the ocean. 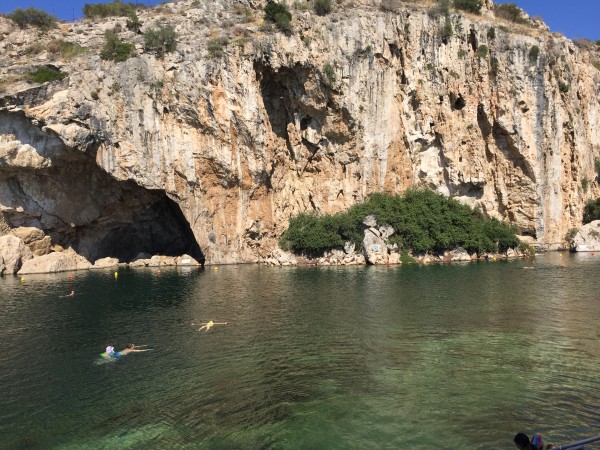 During our 3 hours or so there we took a break for a snack.  We ordered a fruit plate, some ice cream, fruit smoothies and a bottle of sparkling wine.  All the prices were very reasonable.  The total was less than 50 Euros. And, then, there were the fishes.  We saw a few at first, but one of us ended up standing at the bottom of one of the stairs ended up surrounded, so everyone else wanted to see what it felt like.  Well, not everyone else.  I was perfectly fine watching the fish eat their toe jam and snapping pics from the dock.  I had no issues swimming, and the fish didn’t really bother me much when swimming.  It was only when we hung out in the water without moving that the fish became extra friendly. There are communal showers and changing rooms available.  We used them after we were done swimming.  We had a quick shower and let the kids play for a few minutes in the play area while we settled our check.

The prices were affordable and the water wasn’t really crowded at all.  We were able to explore the crater and enjoy the sun setting slowly against the rocks.  The private area gave us a place to relax and grab a snack.  All in all, it was a fun experience. 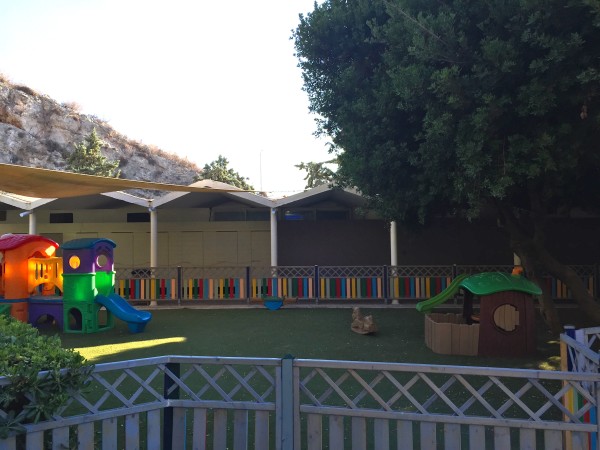 Shortly after our showers we were heading up the hill for a short walk to a highly recommended local restaurant.  A half-day well spent.