StarMegaDO4:  Getting Things Started In The US, Hyatt Regency SFO

Though it was a surprise to some, a good many of the attendees already knew we would be boarding the 787 for our charter flights.  I’d already flown on the 787, but I was still looking forward to another ride on the plane of the future.

Fast forward to a crazy group of 200 frequent travelers packing the gate area getting ready to board a plane the majority had never been on before.  Things got a bit crazy, as 3 of our attendees decided they wanted to buy used carpets with the old United Airlines logo on them.  In the span of a couple minutes we had raised over $2K.  A short time later, we were boarding our first leg to Houston. We had our own special menu.  From what everyone said, the food quality was pretty darn good for domestic airplane food.  I ended up serving food the entire flight, so I didn’t really get the chance to enjoy a meal.  Although I don’t have any pictures of the crowds, as soon as meal service was over our group turned the plane into a cocktail lounge at 38,000 feet, clogging the aisles and enjoying a drink with friends.  As many MegaDOs as I’ve participated in, it’s still one of the most bizarre things to see. We were headed to Houston for a BBQ in a hangar and some time to explore the 787 from the outside.  A BBQ on the tarmac is a pretty cool way for an airplane geek to hang out for the evening.  Upon landing, we had some time to crawl around the outside of the 787.  That yielded some pretty awesome pictures, unlikely to get shots of the 787 quite like these again.  It was great to enjoy some unique time with close friends.  I mean, who wouldn’t get a kick out of taking a picture with a friend in front of a still warm airplane engine? 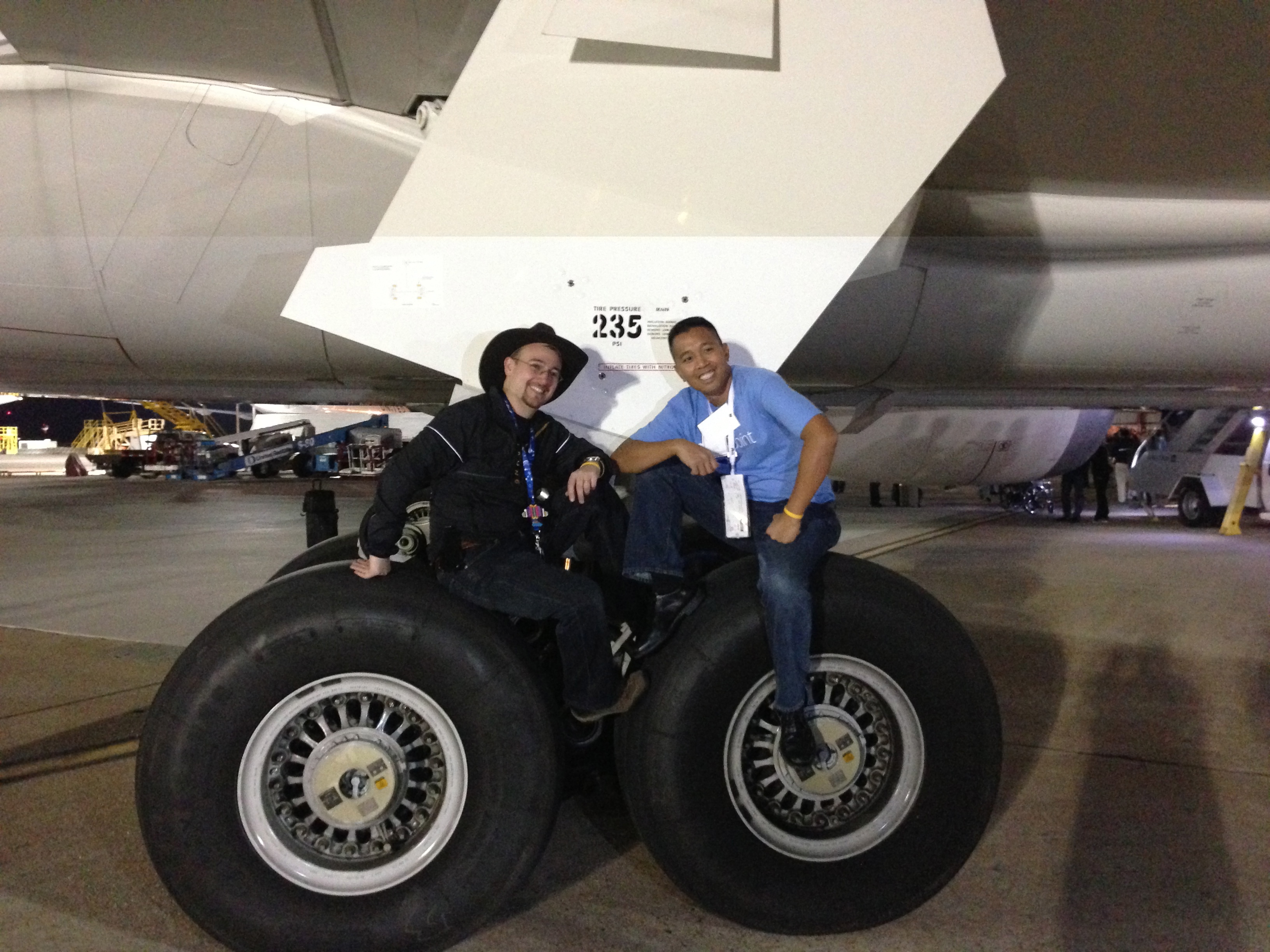 That wing still looks pretty wicked cool.  It was a long day, one of the longest in MegaDO history.  Fully exhausted, we loaded into buses to head to our hotel for 3 hours of sleep before waking up to do it all over again.