Airlines are facing an incredibly unique set of challenges.  The “winners” from this time period will be those that continue to make the best decisions possible.  There’s certainly no playbook for navigating a pandemic while trying to run a massive airline.

Admittedly, I’m running behind on writing about this story.  A few weeks ago View From The Wing covered news that United Airlines had made some unique concessions to their pilots to help them navigate COVID-19:

Pilots also achieved permanent, positive-space First Class deadheads, with stand-by eligibility before paying passengers, addressing a union goal dating back at least a decade (and effectively representing a devaluation of frequent flyer Elite benefits that travel bloggers haven’t picked up on ‒ yet)

Gary goes on to note that pilots also got concessions on the amount of regional jet flying the airline can do.  United Airlines, like many other airlines, has a quandary when it comes to pilots.  Ramping up pilots quickly is tough, given the certification requirements.  It’s much quicker to rehire and train other employee groups, such as baggage handlers and flight attendants.  That means it’s in United’s best interest to keep as many pilots as possible around, assuming they can afford to.

In this case, United got agreements from the pilots union to take a temporary reduction in pay.  In exchange, pilots got a promise of a future pay raise when the airline is profitable, as well as the reduction in United Express flying and the first class upgrades.

I wanted to spend a moment talking about both of the latter points.

As part of this negotiation, pilots will now receive upgrades to First Class when they’re “deadheading”.  Deadheading is when a pilot is flying to reposition for a future flight.  For example, a pilot starts out the morning at Washington-Dulles and flies to Atlanta.  Her next flight is from Houston to Chicago.  So, she flies as a passenger between Atlanta and Houston.  On that Atlanta to Houston segment, she would now be eligible for a First Class upgrade prior to any elite customers that might be eligible.

For the past 10 years, I’ve thought the best advice for frequent flyers is to buy the ticket in the cabin you want.  Planes were very full pre-COVID and complimentary upgrades from coach to First Class were unreliable.  With the drop in demand, it’s possible we’re entering a new era where those upgrades are easy to get again.  It’s hard to say without understanding how the airlines will add back capacity.  So, the perceived slight of customers here might not be real.  If there’s no upgrade seat to be had, neither the pilot nor the paying passenger gets it.

Where I struggle with this change is in the fact that the union felt this was a priority.  They apparently don’t see an issue with taking a seat from a paying customer who might see such a benefit as a reason to keep patronizing the airline.  I can’t say I’m terribly surprised, as the battle between the unions and management is perceived as exactly that, one between the pilots and the airline.  The customer doesn’t play a major role in those discussions.

As a small business owner, I have an issue with this philosophy.  We operate restaurants, and the comparison here would be to say that we’re going to feed our employees before we feed our customers.  We love our employees and treat them well.  But, we all know that the customer is the reason we’re there.  That’s where our focus is.

United Airlines has an agreement with their pilots union that limits the number of regional jets they can operate (certain sizes, at least).  This is similar to American and United.  However, United is uniquely challenged by their restrictions on regional jets.  So much so that they had to go through a costly process to remove seats from a bunch of airplanes.  Doing so allowed them to create a phenomenal regional jet experience for the customer.  But, it was questionable whether these planes could be profitable long-term.  At the time, there was some thought that these configurations might not be around long if United could negotiate a better agreement with their pilots.  That ship seems to have sailed now. 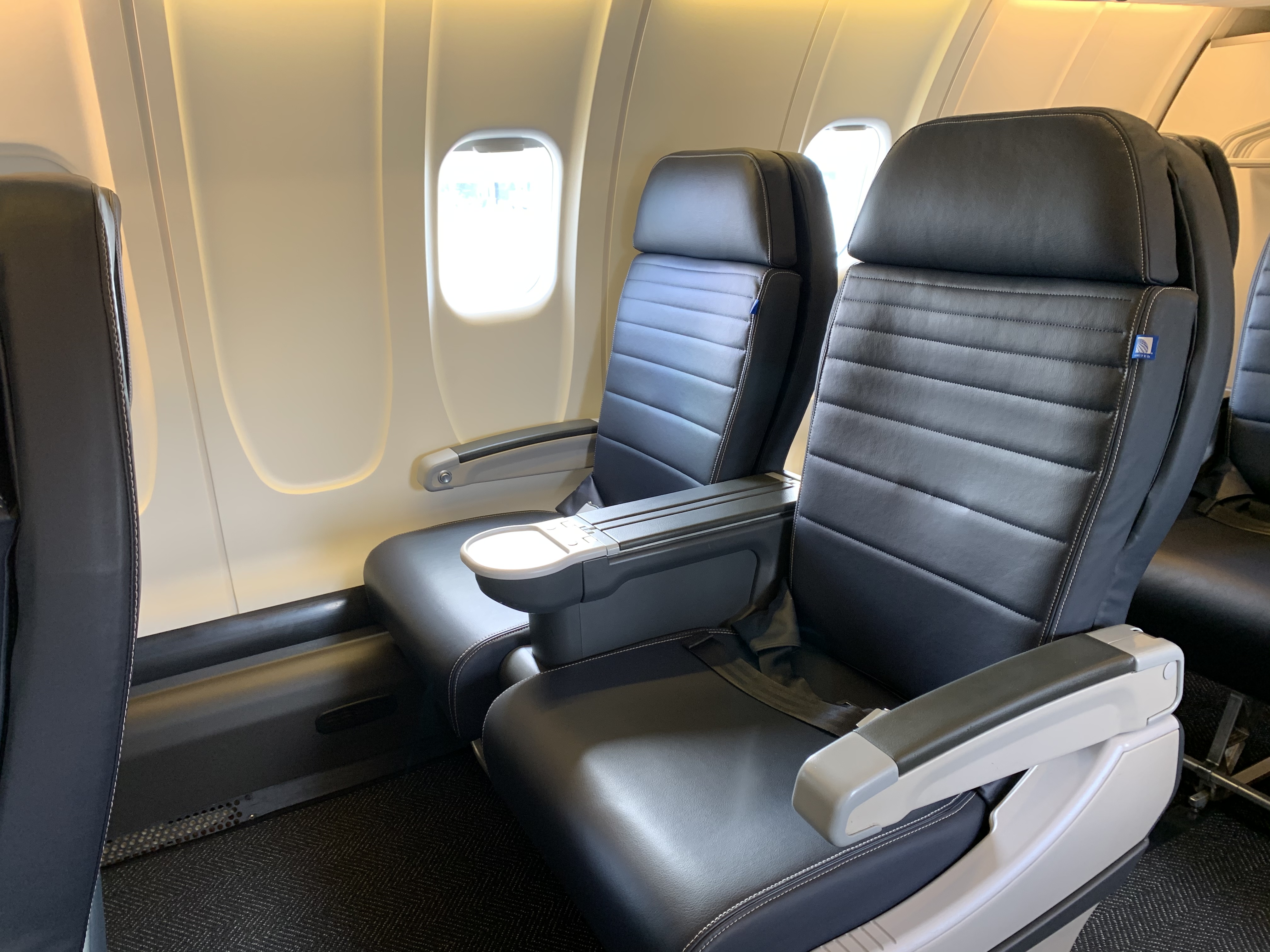 United seems to be willing to pay a steep price over the long haul in exchange for cheaper access to pilots today.  Pay raises are one thing.  But, reductions in regional jet flying will continue to cost the airline money, especially when they want to increase such flying.  Now, they’re operating from an even lower starting point for future negotiations, even though these cuts are deemed “temporary”.

The move to prioritize pilots ahead of customers for the best seats on the plane flies in the face of a customer-first mission.  United Airlines is attempting to lead with customer-friendly policies that resulted from the pandemic.  I can’t imagine reducing the number of upgrades their best customers get was part of that strategy.